So, I did get my latest quilt finished. Could have been a couple of weeks earlier but, hey just in time. I've been lucky to have it hanging in town during the lead up to the 2014 Hawick Common Riding, it's been on display for a week already in one of the local high street banks (RBS). It seems to have been very well received. I popped down this morning to have my photo taken for the local newspaper The Hawick News.

The quilt measures 70"x78" cream cotton sateen with Quilter's Dream wool wadding over Hobbs 80/20 and a mixture of trilobal polyester threads by Glide and Superior. This is my own design drawn out on paper first then transferred to fabric with a blue water soluble pen.  The design and all quilting including a variety of background fills was first quilted, washed and blocked, then painted with pigment paints and Inktense pencils finishing off with a coat of fabric medium.

A bit of background.....Firstly understand that the Men of Hawick were conscripted to fight for King and country in 1513 at the Battle of Flodden, most of the Men didn't return. Only old men, young boys, women and children were left in Town.

This quilt commemorates the capture of the English flag a year later at Hornshole, nr Hawick in 1514, so this year 2014 is the Quincentenary....500 years.

I love this before and after shot of the horses head.

Had to find a place to add some feathers... 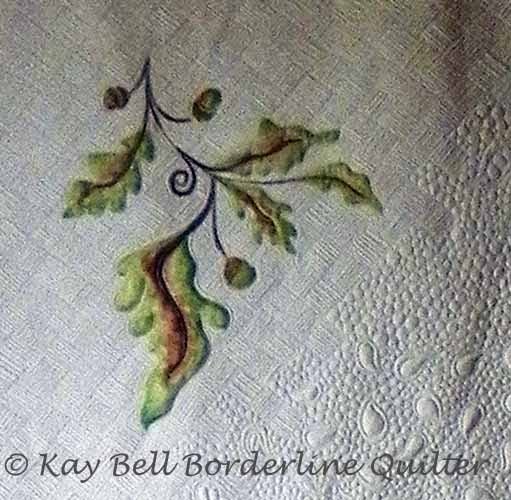 The oak leaves are worn by the riders in their lapels on the main Common Riding day in June.

The monument which is on the out skirts of town to the east commemorates the skirmish where the young boys of the town overcame a band of English Raiders and captured the English flag in 1514. 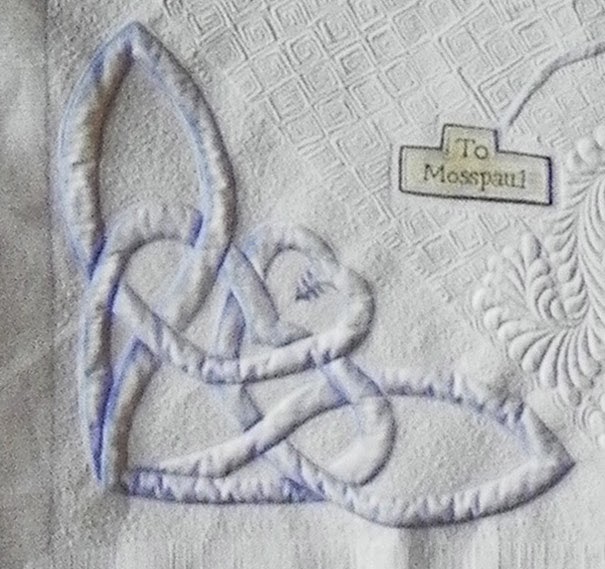 The map in the background shows all of the villages where the 'ride outs' have a halfway picnic.  These rides are kind of 'an enactment' of riding the town boundaries to check that no English have crept through. 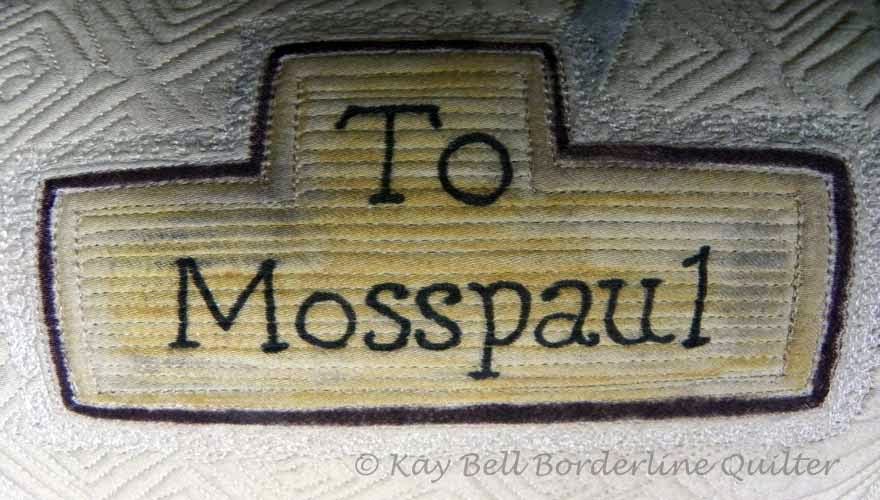 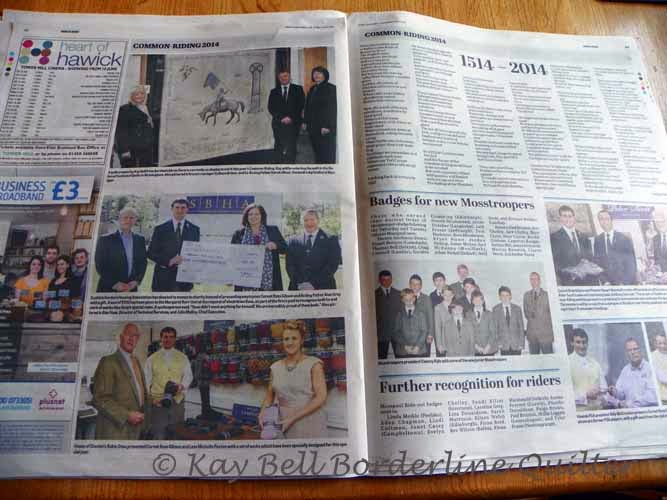 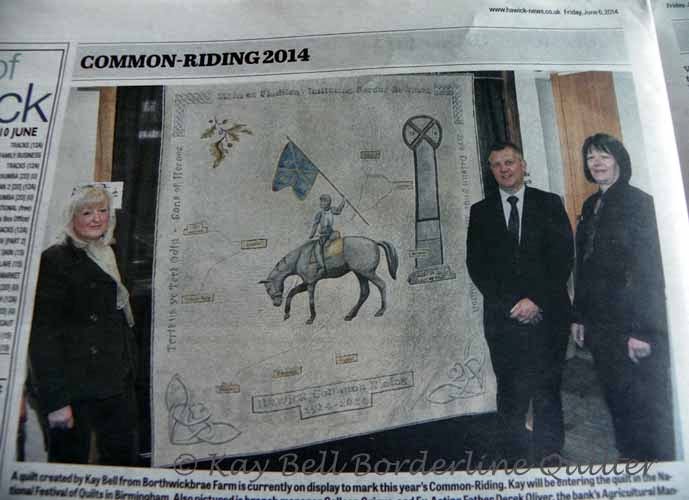 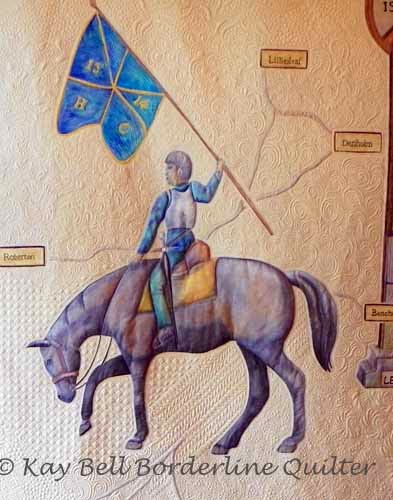 Around the border quilted and then shadow painted is the first verse/chorus of the Hawick Ballard sung at any and all of the ceremonial events, this song has over 20 verses...no way I was going to include all of those.
Teribus Ye Teri Odin
Sons of Heroes Slain at Flodden
Imitating Border Bowmen
Aye Defend Your Rights and Common 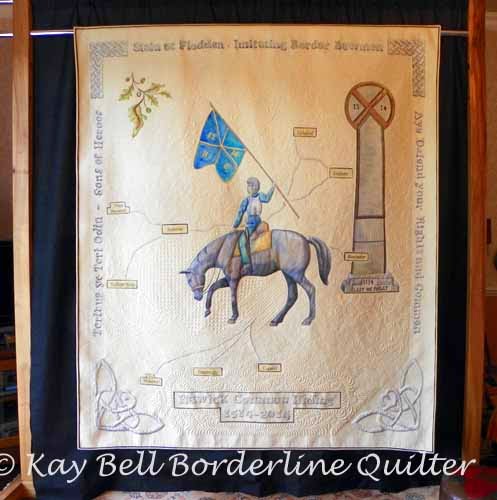 We are now off out to watch The Cornet tie the ribbons on the horse statue in town and then up bright and early tomorrow for the big celebrations.....