I was told by a customer recently that  I really live in the sticks, it's true I do live in the hills out in the country. With the terrible weather we have had lately I think that's a good thing. Lots of people in both town and country were affected by the storms, many were evacuated from their homes. So what do you do when Desmond comes knocking, you get the Aga rocking..... 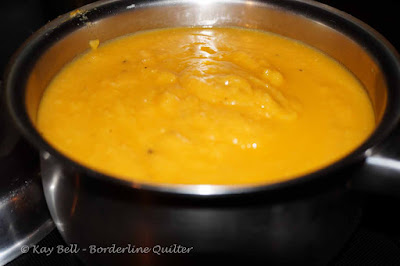 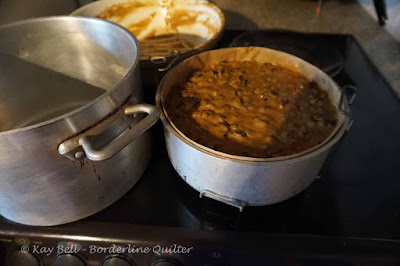 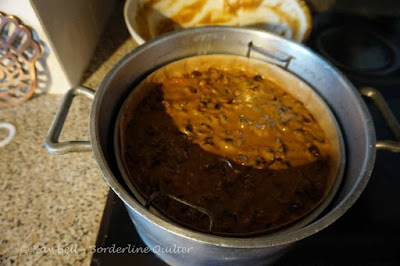 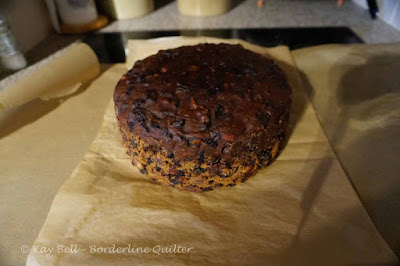 This is my version of a crock pot cake only I cook it in the Aga in a double cake pan. This is a three ingredient cake, fruit, liquid and flour, it's dark as I added black treacle to my liquid of orange juice and brandy, this one is not a true spice cake. 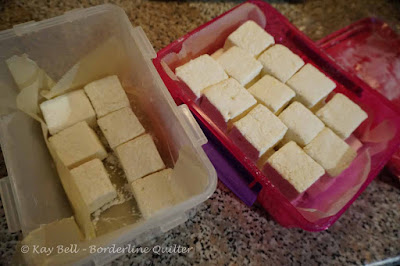 Cakes, soups, cupcakes, marshmallows, pies, most now eaten and more planned to be cooked later this week, after I get some Christmas decorations up. 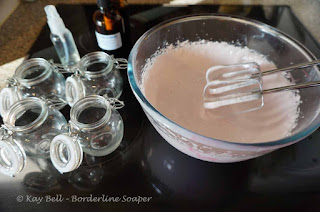 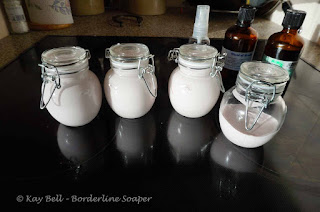 I also made a batch of exfoliating body butter, it looked good enough to eat too, the small sample was just begging to be used straight away, it was very effective, more experimenting with moisturisers coming very soon.
Of course I am also still quilting, it's a while since I showed any customer quilts so here are a few that recently went home.

I don't think that I have shown this quilt of Mary's, it's a sampler in the shape of a hexagon, Mary chose Sherry Berry pantograph. 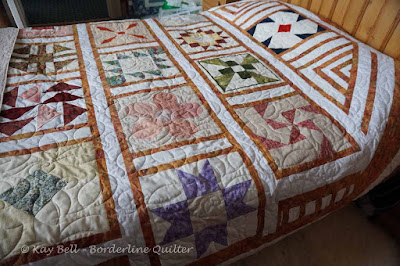 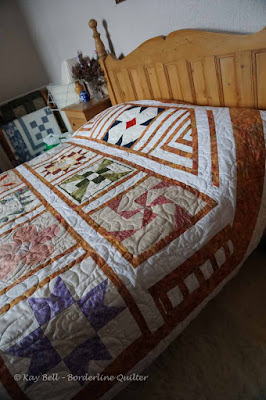 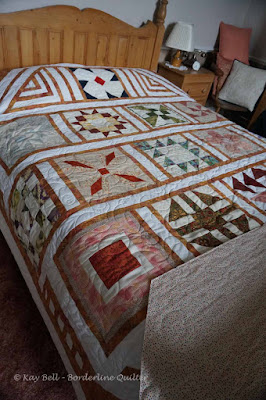 It's a very effective design with the bars/courthouse steps type blocks in the corners.

I found this photo of a practice piece on my camera which reminded me that I recently replaced the hook assembly on my longarm. I've had my Millie for 5 years now and it seemed to be time to give her a bit of time and attention, no pun intended haha but yes, replacing the hook assembly requires retiming your machine but it's an easy fix really.

I had a little play with freemotion hand guided work and digitised work just to check everything was working as it should. 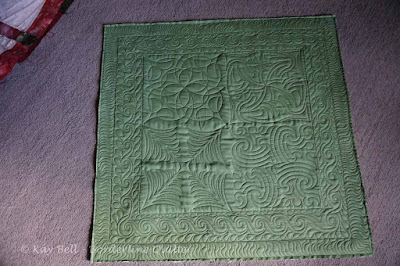 Here is a selection off quilts with a pantograph treatment..

I'll be back soon with some more catch ups, I don't know where the time has gone this year....now to catch up with some farm accounts and paperwork.....