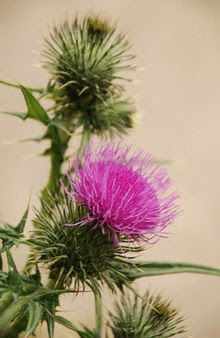 There is a beautiful statuesque thistle which, against all odds, has been allowed to flourish on my drive! My DH said he would have to 'go fetch a spade' and chop it down...I said 'No', let it flower and I will chop it down before it seeds! 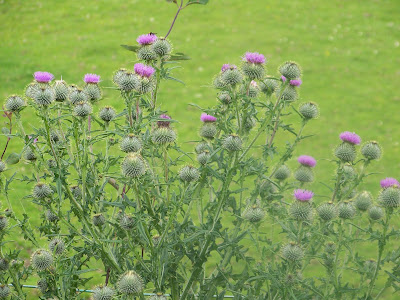 Thistles really are the scurge of farmers, they cost us ££££ (thousands) to destroy as they take over the pastures. There are different varieties, some spread by seed, some spread by underground root systems, both are very difficult to control!

How did it become the Emblem and National Flower for Scotland?

It is said that a bare foot Viking attacker stepped on one at night and cried out, so alerting the defenders of a Scottish Castle!

Yes, those little spikes/spelks that you find in the bales of hay in the winter feed can cause problems even though they are so tiny...they are really difficult to see and remove from your hands...even with a magnifying glass!

Of course 'The Flower of Scotland' is also the new Scottish National Antem, sung with passion, pride, enthusiasm and love for Scotland at many occasions.  This is a really good version sung by the late Roy Williamson of the Corries, who rote the song in 1967.

(Proud Edward was the King of England who they were sending back to England)!
I am English and live in Scotland, I have a great respect for the traditions and values held by the Scottish people, the words of the song say it all!


And for you quilters....how about this version of a Scottish thistle... 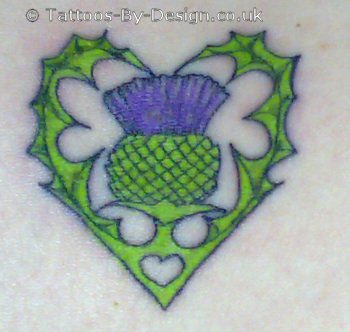