First Foal of the Season! 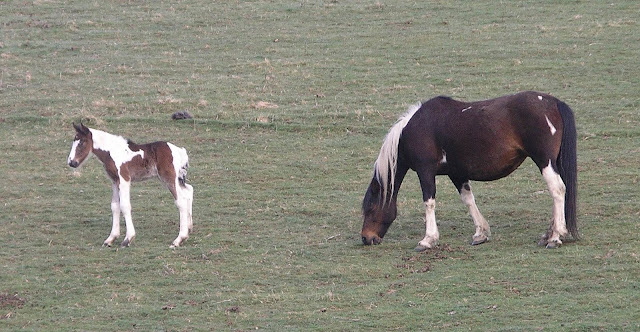 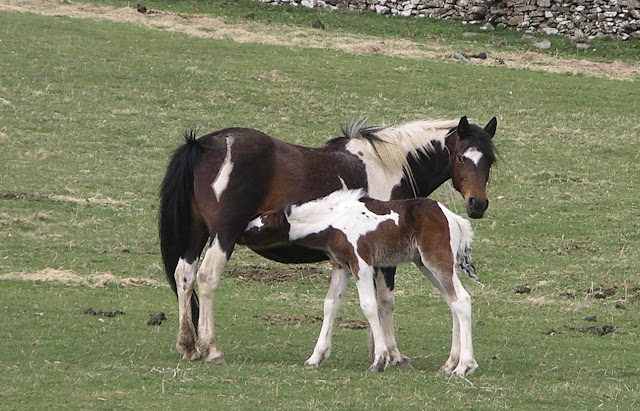 Honey is a real honey!  We have had her for about 5 years...3 years ago she lost her own foal during a bad birth but she went away to foster a foal over in the west of Scotland and she did a brilliant job!
Then 2 years ago Honey's foal was about a month old when unfortunately we had to have another mare, Tina put to sleep, (somehow Tina had managed to break her leg and nothing could be done)....Tina had given birth to a foal around the same time as Honey....believe it or not Honey just took that foal and reared it alongside her own ...no one asked her to take that foal...they looked just like they were twins... it was a wonderful site to see!!!
This is a photo of Honey with Amber, her own foal and Topaz her foster foal in 2008! 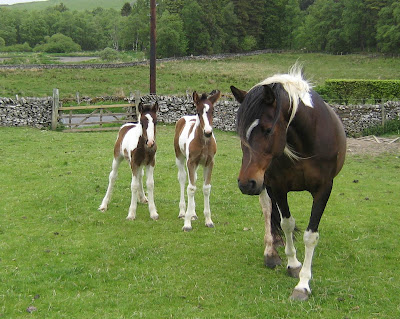