A couple of weeks ago, (I don't know where the time has gone) our local town had it's annual 'Reiver's Festival' ...

The Reivers were raiders who live along the marginal lands of the Scottish/English Borders from the 13th to 16th centuries....Scotland and England had many battles for the Borderlands, the livelihoods of the border people were affected greatly by all the fueding!
The Reivers stole for there very existence..... sheep, cattle, horses....what ever they came across.....I dare say one side of the border was as bad as the other!!

It's a weekend of entertainment for the townfolk, the procession heads off along the High Street at 10.45, headed by Reivers on horseback followed by the 'Fife and Drums' band, children from the towns schools present plays with tales of the Reivers, there's an Encampment with a 16th century market, a craft market, medieval market in continental style, music, story telling, even a quilt show (photos later), and in the evening a torch lit procession and fireworks!

Some of the folk are in period dress... 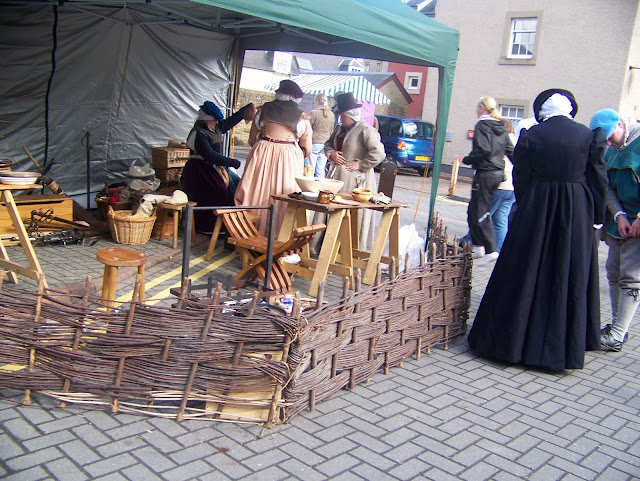 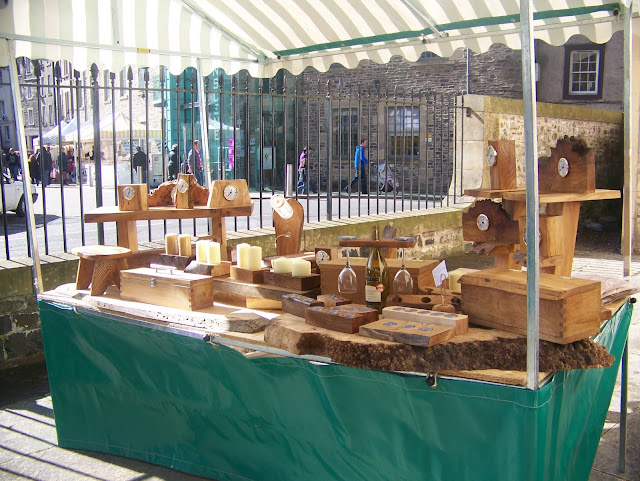 The weather was wondeful for the end of March....It was a lovely day!!