The first half of Saturday's Ride Out was not too bad.....wind in their faces but on the whole dry weather 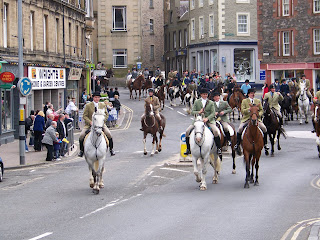 Here is the Cornet with his Right and Left Hand Men and the Acting Father just behind.....leaving Hawick at 12.30. 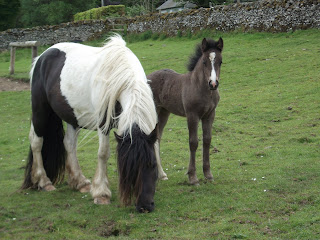 On the way to the next vantage point Fieron and I stopped by to take a photo of Echo and her foal Hailey.

We next saw the horses on the very top of our own hill at The Heights at Alemoor...then on to Philhope Bridge. 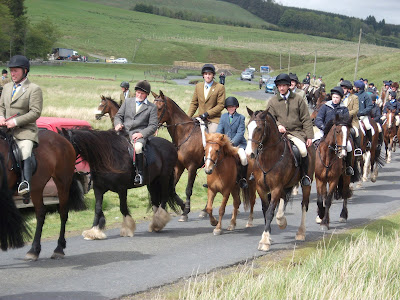 It was blustery arriving at Philhope Bridge at 3.30.....Photo by Fieron

But by the time the riders left it was a different matter. 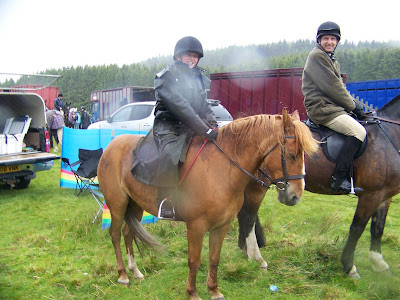 But Kyle kept on smiling! 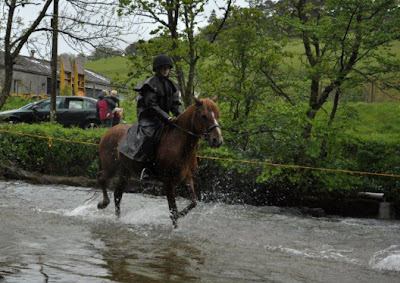 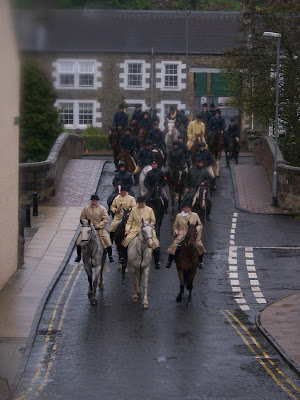 Arriving back in town at around 8pm ...still raining!

That was a hard ride of around 24 miles...it rained all the way home, less than half of the riders arrived back in Hawick....so well done Kyle!